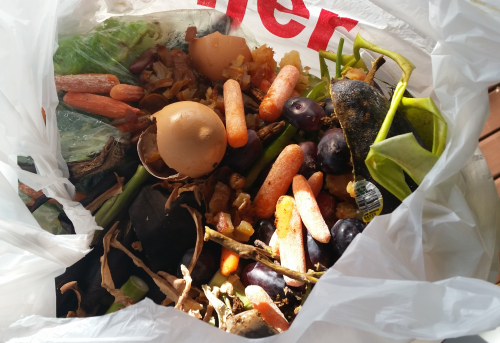 My kitchen is a graveyard of dead veggies. Bin and bags of carrot tops, potato peels, cantelope rinds, slimey lettuce, shrivveled oranges and brown apples cover the counters. It’s starting to get kind of gross.

Good thing I have a Bokashi Composting Bucket

According to the Planet Natural Reasearch Center: “Bokashi composting is an anaerobic process that relies on inoculated bran to ferment kitchen waste, including meat and dairy, into a safe soil builder and nutrient-rich tea for your plants."

They don't mention one other feature...the smell. But smell is not the right word. In fact, there is no word in the English language that comes close to describing what emerges from the bucket when you get ready to drain it.

The other problem is what to do with the finished compost. It still smells pretty awful. My strategy has been to empty the bucket into an outdoor planter and cover it with potting soil until the second half of the process is complete. True enough, the stuff does become dark crumbly compost, but it needs to hang out with dirt and worms for several months first. In the meantime, it’s a great source of toxic fumes!

Addition:    It's not supposed to smell bad!!!   I just read that I'm not putting enough of the probiotic powder into the container.   OOPS!