War for the World 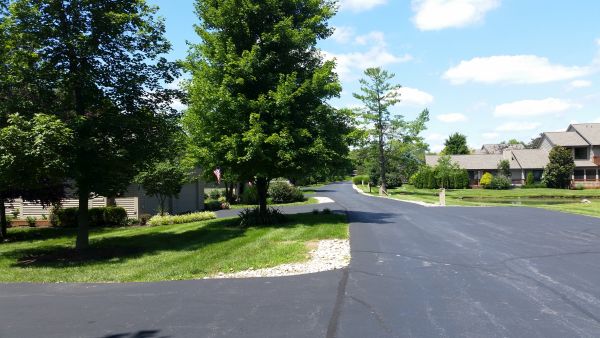 The mowers came through today with their weapons of grass destruction - deafening and monstrous. But the "landscape" must be maintained!

While the racket was going on, I had a thought - what if we replaced "landscape" with "conquered nation"?

It felt as if the countryside was being subdued. The defeated citizens were being beaten into submission. Mass executions were taking place. The conquerors can't have uppity plants trying to take their land back. No - ruthless control is the only option.

Well-behaved shrubs and flowers are like citizens who live under colonization.   By being meek and submissive they are allowed to live.

Weeds are like the brave resistance. They rise up and fight again and again despite poisons and yanking and pre-emergent chemicals.

You can laugh, but if you learn a little about weeds and about the effect of mowing, this might be your perspective, too.

Weeds appear to be nature's Bandaid. When the land is injured, they are the first aid team who aerate and rebuild the topsoil.

Weeds are experts at regenerating stressed lands. They were hired by nature specifically to be there because each particular weed is the most qualified for the task at hand...the wild weeds are succession plants and after performing their job of re-fertilizing and re-mineralizing the soil, will move on to new disturbed lands. They also provide forage and nectar for pollinating insects, a critical element in sustaining life and food sources on Earth for many species, including humans. Their life's work over the years will create a new fertile habitat for other species to move in and thrive.(The Wild Wisdom of Weeds)

Mowing has widespread destructive consequences, too. Without constant mowing, our open spaces would soon be full of growing trees. Mowing creates forest fragmentation, as if the conquerors want to prevent the invaded peoples from getting together and fighting back.

Forest fragmentation is the breaking of large, contiguous, forested areas into smaller pieces... The effects of fragmentation are well documented in all forested regions of the planet. In general, by reducing forest health and degrading habitat, fragmentation leads to loss of biodiversity, increases in invasive plants, pests, and pathogens, and reduction in water quality.(Forest Fragmentation)

Although you don't see this story in the news, areas of our country and planet are losing trees at an alarming rate.

Forest in my backyard and state and region and continent started dying: not just a few trees, but trees by the millions. They are still dying....Take a minute to imagine if every tree around your home, your city, your state were to wither and die. What would the world be like?... Forests hold the natural world together. They have cradled the existence of our species since we first appeared--trees and forests are the highest-functioning members of ecological society, irreplaceable players at the apex of the complex ecological web around us. They are the ecosystem engineers that create the conditions for other forms of life to exist on every level.( The Man Who Planted Trees)

Forest are the 'lungs of the earth'...The forest is not simply a random group of trees. It is a vast complex of organisms which have lived together and differentiated their forms and relationships over millions of years...When forests are cut, the rainfall, which the trees had moderated, rushes over the are surface of the Earth carrying off the loose soil...All of the major forest ecosystems of the planet are under severe attack. (Final Empire by William Kotke )

Instead of wringing our hands over the destruction of the Amazon rainforest or the evils of industry, what if we started with our own yards?   What if we stopped the assault?   Turned off the war machine.   Allowed the land to heal.

What would it take to make that happen?